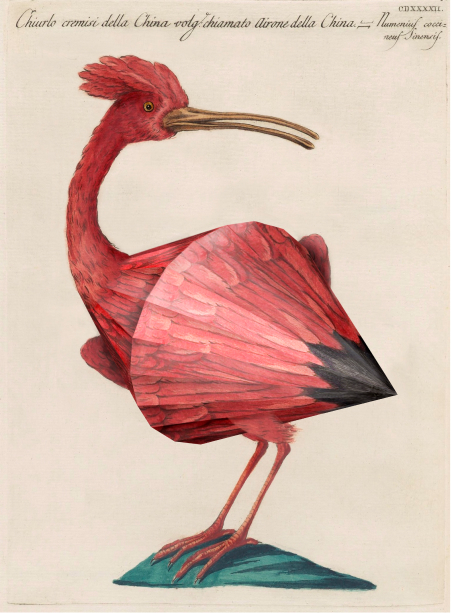 When expeditions came home, sheer descriptions were not enough. The scientists would simply not have been believed. Drawings were needed, for which artists were responsible. Polyhedra are calculations. They arose from mathematical thoughts. It doesn't matter if you believe it. But they also describe bodies, just as animal drawings represent bodies. So despite all the contrasts, there is something that connects both elements, as in my collage.

My collages are based on historical drawings of animals, either from early scientific expeditions or natural history studies. Using image processing, I transform individual parts of the drawn animal bodies into geometric shapes. In a final step, I combine the original drawing and the polyhedron to create a hybrid new animal.